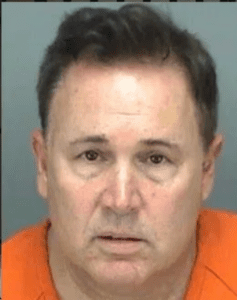 A Tampa lawyer is accused of offering an inmate at the Pinellas County jail money in exchange for a sex act after exposing himself to her, according to arrest reports.

Andrew B. Spark, 54, faces charges of soliciting for prostitution, exposure of sexual organs and introduction or possession of contraband in a county detention facility. Investigators say he brought an iPad into the jail without providing advanced notice Sunday afternoon. The iPad was used to record the sex act, according to the arrest reports.

According to its website, Spark was admitted to the Florida Bar in October of 1991. He is a private lawyer at his own firm, SparkLaw. Court records show he was previously an assistant attorney general in Florida.